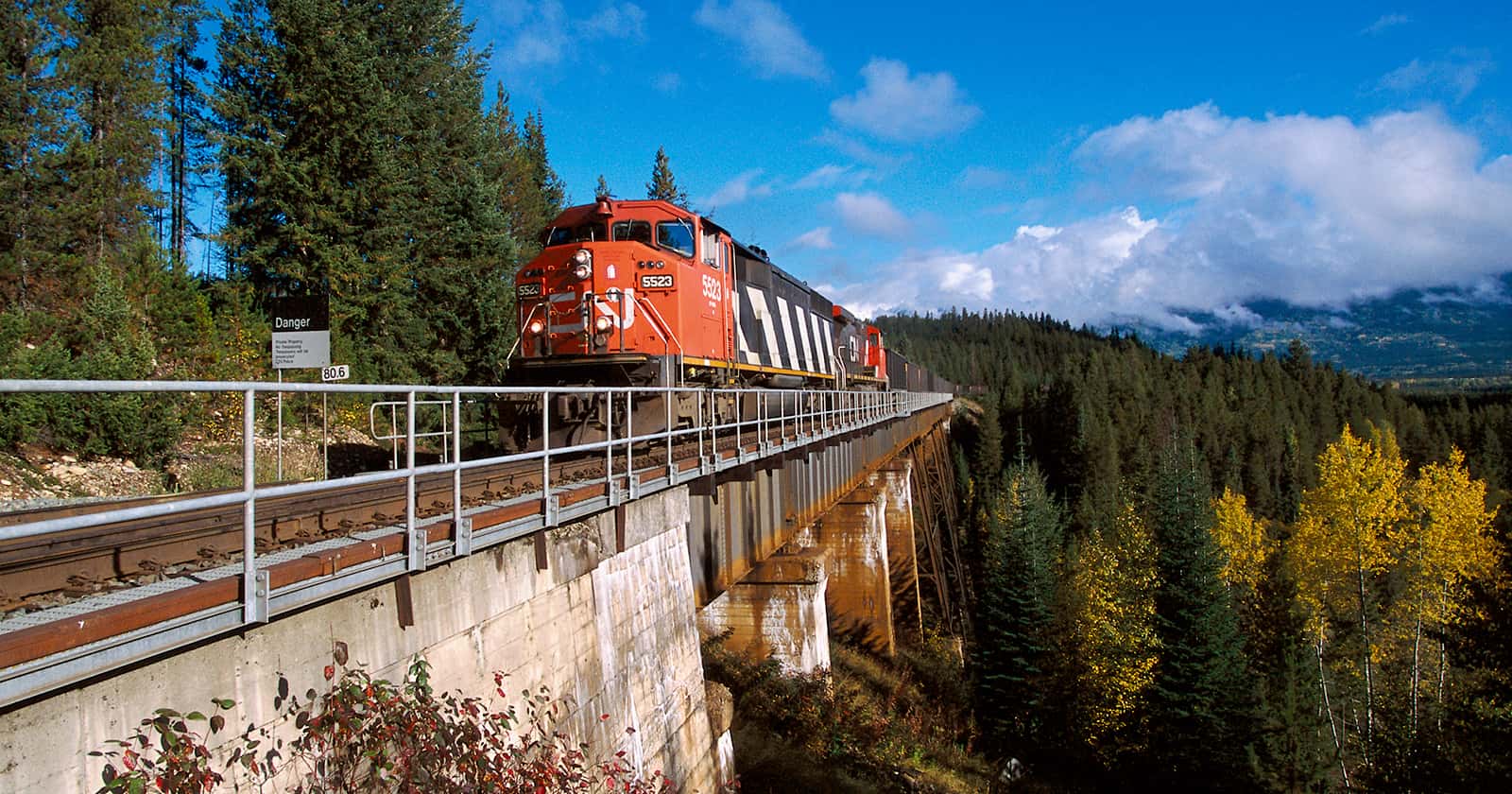 Railway companies are a wholly unique investment target. They invest heavily in their network and equipment, and any possible competitors must make the same types of investments. The threshold for entry is high.

Canadian National has been part of Sifter’s portfolio for around a year and a half. The company’s railway network is over 30,000 kilometers long, making it one of the largest railway companies in North America.

Canadian National’s network in the north spans from the west coast to the east coast, and its southern railway also extends to the Gulf of Mexico.

The company was included in Sifter’s portfolio after a slight detour. Stocksifter first brought its competitor, Canadian Pacific, to the attention of equity analyst Alexander Järf.

“At first, Canadian Pacific seemed like a good pick, based on its profit margin and return on invested capital figures,” Järf explains.

Then he began looking into the company in more detail.

A key part of the stock analysis process is surveying a company’s competitors. Järf compared the figures and business models of around half-a-dozen North American railway companies.

Canadian National was established as a state-owned company. The Canadian state listed it on the stock exchange in 1995 – and it soon became a nightmare for its investors. The company lost its ground and generated poor results.

However, after a change in corporate culture and a slew of good strategic choices, Canadian National has risen to the top of its field in the last 25 years.

The company seemed to be beating its competitors when it came to its key figures, but it was equally important to find out why this was and whether the situation was likely to continue in the future.

Alexander Järf found that a key part of this equation was the railway network owned by Canadian National.

When a company can provide its customers with an end-to-end service, it helps save both time and money.

The money that the company saves is reflected in its bottom line, as its customers are very pragmatic when it comes to their transport options: when all transport solutions are taxed equally, they will select the most affordable one, even if their savings are marginal at best.

Do you want to learn more about the company? Download our 40-page Business Analysis.

The hub of Chicago is an important asset

Illinois, the capital of Chicago, is an important node on the North American transport network. Around a fourth of all US railway freight transports will go through the Windy City at some point.

“Thanks to an acquisition it made around ten years ago, Canadian National has a far better choice of routes in the Chicago area than its competitors.”

“The company can circumvent the congested city center of Chicago, which helps shorten transport times. None of its competitors can match that.”

Its other advantage is Prince Rupert

The name of this dwindling Canadian city with around 13,000 inhabitants is known to few, but its harbor is a major freight destination. Prince Rupert Port Authority is the world’s third-deepest harbor that never freezes over.

Canadian National is the only railway company whose network extends to Prince Rupert. And, according to Järf, no other company can muscle its way in.

“I checked Google Maps, and there’s no way that you could fit another track there.”

The route to Prince Rupert is responsible for around 10% of Canadian National’s revenue.

Sifter’s investment decision was also positively influenced by the fact that Bill Gates’ Cascade Investment company and the Bill and Melinda Gates Foundation are anchor investors in Canadian National with a combined 15-plus-per cent stake in the company.

Sifter invested in Canadian National during 2018. Its share price has risen favorably, even though the company is not set to rock the stock market any time soon. The main point is that its business has developed in the expected direction.

“Canadian National had a capacity problem, but it has solved it by making new investments,” Järf concludes.

The company has been able to raise the price of its transport services above inflation figures, which is an indication that the company has the right pricing power and the air of a top-quality company.