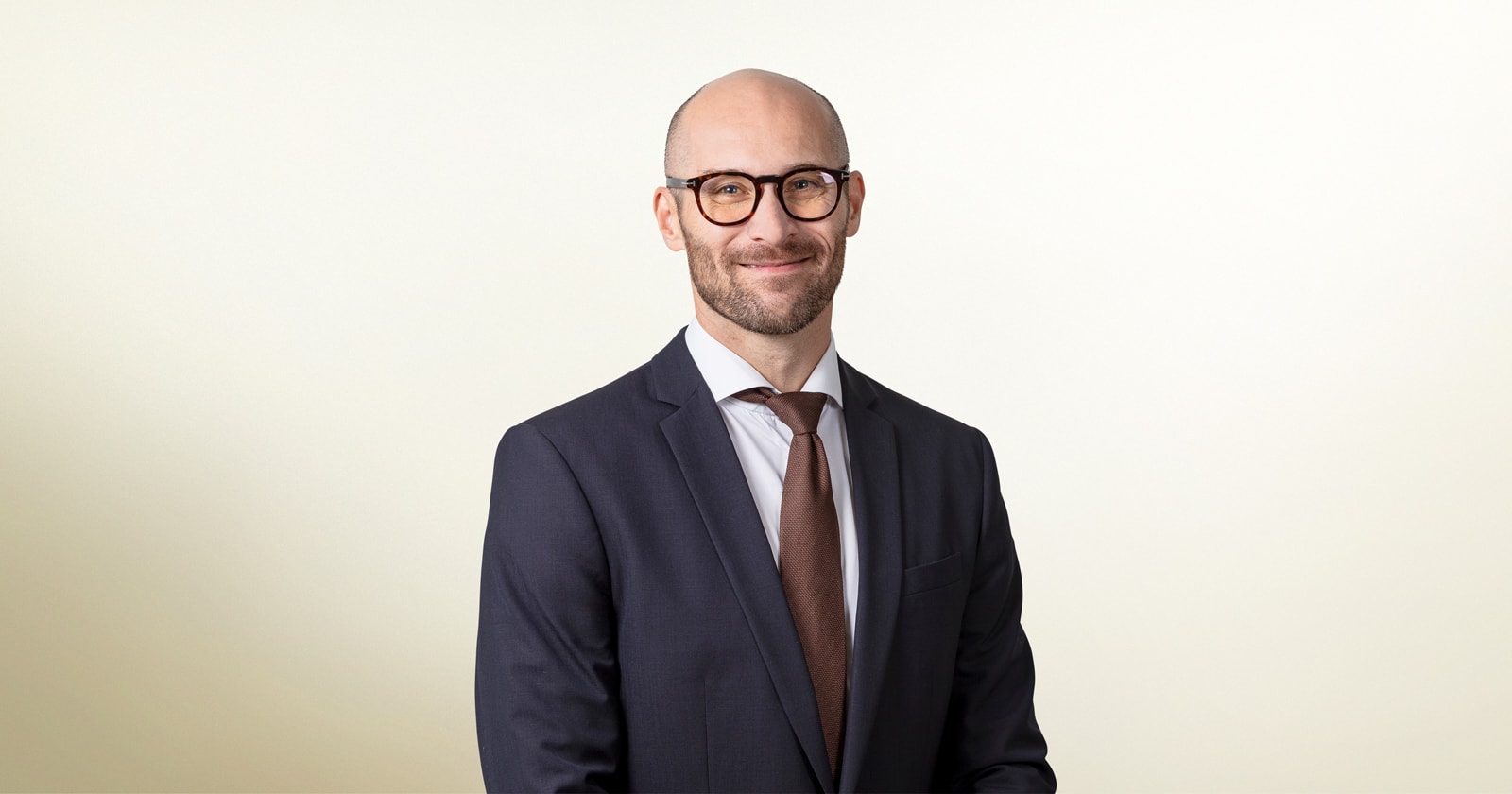 Home » Blog » Tech stocks are getting battered – why has Cisco Systems maintained its value?

Tech stocks are getting battered – why has Cisco Systems maintained its value?

The prices of US tech stocks declined sharply in the first couple of months of the year. In some cases, the expectations had been too high. For example, over the past year (March 17, 2021–March 16, 2022), PayPal stock is down 57%, Zoom 68% and Peloton as much as 78%. There were rational reasons for these dramatic corrections.

The high prices of many tech stocks no longer reflected the reality – or future – of the companies’ ability to make money.

However, it would be wrong to say that all tech companies are in the same boat. For example, the US company Cisco Systems (CSCO) has a long track record of slow growth paired with excellent profitability, and there were no excessive expectations built into its share price. Cisco’s fundamentals are in good shape and the share price has increased hand in hand with the company’s profit.

The name of the company is known to many, but what makes Cisco a good long-term investment in our opinion?

Cisco’s services are critical to its customers

Cisco could be described as a janitor for IT infrastructure.

This characterization does not understate Cisco’s strategic importance to its customers, it emphasizes the vital role that Cisco has. Cisco’s products and services are seen as crucial by large organizations that process tremendous amounts of data at many different physical locations. Cisco has been able to maintain its stable market position for several decades and it operates as a strategic partner to companies’ IT departments.

Goldman Sachs regularly surveys the Chief Information Officers of US companies to rank the most important strategic providers of IT solutions. Cisco has been in second or third place on the list since 2013, and the CIOs who respond to the survey expect Cisco to hold on to its position for at least the next three years.

The only companies ahead of Cisco are Microsoft, which is also part of the Sifter portfolio, and Amazon, which provides cloud services to corporate customers.

Cisco is a high-quality money-making machine

Cisco Systems is the largest company in its industry by a clear margin – despite the fact that it operates in many fields simultaneously, competing against smaller and more narrowly focused rivals. Its competitors in the cybersecurity segment are different compared to Cisco than its competitors in the network hardware segment, for example.

Cisco benefits from economies of scale and synergies between its business segments, leveraging its existing networks in sales and distribution chains.

Key figures for the major players in the network hardware segment are shown below.

Cisco’s competitive advantages are reflected in the company’s margins and return on invested capital, which are some of the highest among network hardware manufacturers.

Dell is larger than Cisco in terms of revenue, but network hardware only represents a small share of Dell’s total revenue.

Arista Networks, which is much smaller than Cisco, also has strong key figures. However, that reflects Arista’s focus on a market that is narrower than Cisco’s, which we believe increases the risks to the investor.

Over the past decade, Cisco’s revenue has grown fairly slowly but steadily, by approximately 1.4% per year (2011–2021 CAGR). The growth figures are weakened by the fact that the result for the financial year 2021 does not yet fully reflect the recovery of demand after the COVID-19 lockdowns.

The gross margin has been stable, averaging 63% over the past five years.

The operating profit margin has been on an upward trend (averaging 28% over the past five years), which reflects the development of the company’s internal efficiency and the growing share of the software business relative to the hardware business.

Cisco operates globally, with geographical diversification protecting the company in the event of geopolitical conflicts, for example. Cisco’s revenue distribution is as follows: North America 59%; Europe, Middle East and Africa (EMEA) 26%; and Asia and Oceania 15%.

The guidance issued by Cisco’s management in September 2021 predicted faster revenue growth for the next four years – as high as 5–7% per year, which would exceed the company’s historical revenue growth by a clear margin (1.4% over the past 10 years).

Cisco’s management estimates that the total market for all of the company’s businesses will grow from USD 260 billion to USD 400 billion during the next four years.

Cisco expects growth to be driven by the growing and increasingly complex use of cloud services, among other things. The transformation of data networks is also accelerated by the growing trend of remote work, which increases requirements for data networks, especially with regard to data security.

The focus of Cisco’s business is gradually shifting from hardware to software. This enables less capital-intensive business and potentially higher margins.

At the end of the financial year 2021, subscription fees for continuing services accounted for approximately 44% of Cisco’s total revenue.

Cisco has grown through acquisitions

Cisco’s organic growth has historically been fairly slow compared to many other technology companies. However, Cisco has supported its growth through acquisitions which have grown larger in recent years.

Part of the Sifter Fund’s investment strategy is to carefully evaluate all acquisitions individually.

So far, Cisco’s acquisitions have been sensible and the company has been able to finance them with its free cash flow. Cisco has remained a cash-rich company without the burden of debt.

We believe Cisco is an attractively valued company.  Our estimates are based on a very conservative forecast of annual revenue growth of 2% for the next five years. We also expect Cisco’s margins to remain largely unchanged for the next five years. It should be noted that the guidance of annual revenue growth from Cisco’s management (5–7%) is substantially higher than Sifter’s forecast.

This figure expresses the relationship between the current share price and our five-year profit forecast. In practice, this figure means that five years from now, Cisco’s moderately growing profit stream will correspond to an annual return of approximately 5%. Earnings yield can be compared to the yield on sovereign bonds or the annual rental income of a property, for example.

US technology companies are generally not generous with their dividends. Cisco is something of an exception in this regard as well.

Over the past decade, Cisco’s total dividend payments have grown by 25% per year.

The dividend yield is now approximately 2.8% (March 15, 2022). While dividends are not the most important criterion in Sifter’s investment philosophy, the long-term growth of dividends does indicate that the company’s business has a stable capacity to generate shareholder value from one year to the next.

All investments involve risks, and Cisco is no exception.

In our view, the most significant risk to Cisco’s business is related to the rapid development of technology in the software market.

In addition, the transition to remote work may create opportunities for new and more innovative competitors. The previously mentioned acquisitions are also always high-risk moves. Cisco’s products are of critical importance to the company’s customers. We believe this provides protection against inflation and makes it likely that Cisco can pass higher costs directly to its prices.

Cisco has a long track record of profitable business and we believe the company’s future outlook is good.

Cisco’s earnings are fairly predictable, and the company has both a strong market position and growth potential in its main business segments.

Cisco has clear competitive advantages, as evidenced by the company having some of the highest margins in its industry and high return on invested capital. The company also has a strong financial position. Cisco has not had net debt for decades and its free cash flow amounts to approximately USD 15 billion per year.

The company’s valuation was already attractive at the time of our initial investment (2012) and it has remained so. We remain satisfied shareholders of Cisco.